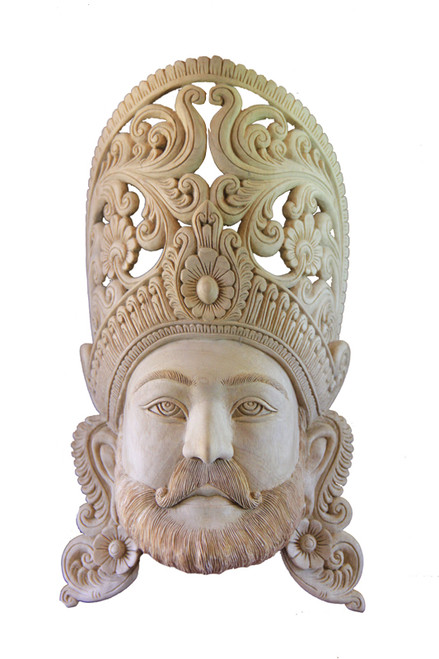 This immaculately crafted wooden sculpture is of King Maha Sammata Manu (also spelled Mahasammata); literally "the Great Elect" considered as the the first monarch of the world according to Buddhist tradition. The chronicles of Buddhist tradition such as Mahavamsa and Maha Yazawin state that he was the founder of the Sakya dynasty, to which the historical Buddha belonged. He was the first of the eleven world monarchs named Maha Sammata, each of whom founded the eleven dynasties that existed from the beginning to the day of the Supreme Buddha.

The future king was born "in the beginning of the world" in Jambudvipa, the only habitable continent on earth, to a family descended from the solar race. As no leaders or political orders were in existence, the people elected him to be their king. He ascended to the throne with the title Maha Sammata ("the Great Elect"), and took Manikpala, the sister of Vishnu as his queen. As king, he constituted the order of the city-state, the various duties and offices defined for the state, and the boundaries of armies of their protection.